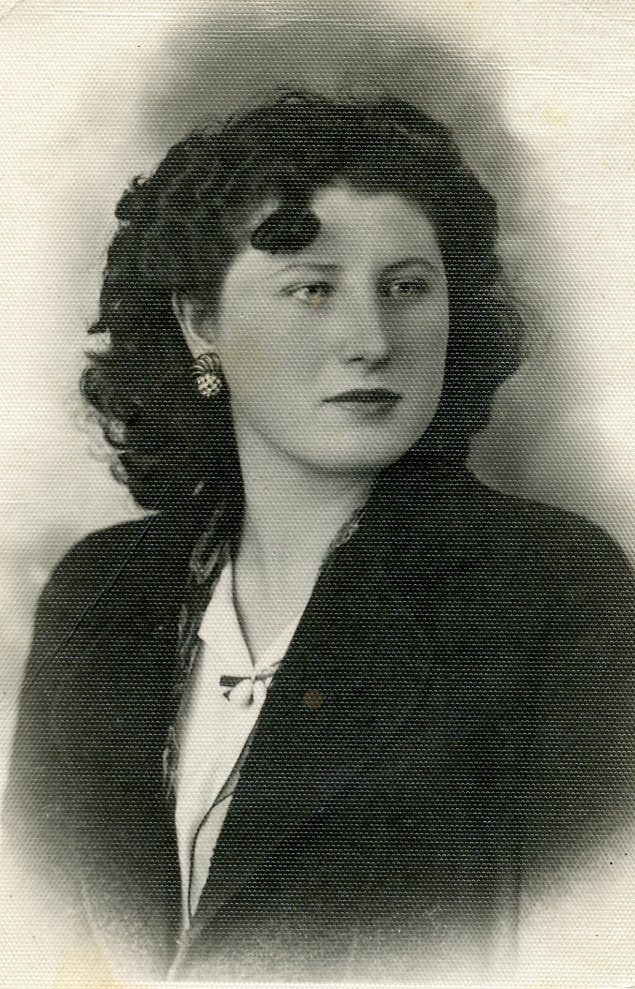 The late great Scottish sculptor, George Wyllie, hailed her a ‘A Free Spirit’. The RGI Kelly Gallery presented a rare opportunity in 2019 to discover the enigmatic paintings of Maria N Spadoni, an Italian Scottish artist.

Spadoni came from Italy to Scotland (Greenock) in her late twenties to marry into an Italian-Scottish family. In the late 1970s as she was turning 50 she began to draw and paint. Her paintings were an act of rebellion, self-deliverance and connection with her inner being. The illness of her husband and death of her parents were also triggers. Maria was a self-taught artist. She dabbled with evening school classes in technique for a little while, but felt that finding her own style and expression was essential to her journey and exploration as an artist. As a young girl in Italy she had trained in dressmaking, at which she was highly skilled and inventive, though she did not pursue it as a profession. This she felt imparted transferable technical skills and manual dexterity. She painted obsessively at night time. An all night party with strange guests that materialised in her canvas by the time dawn appeared. She painted for company, she said, as she felt alone, isolated and her spirit trapped. Painting also transcended language barriers, enabling her to engage in and contribute to Scottish culture and art. “Nella pittura si trova la liberazione dello spirito” (Painting liberates the spirit). By ‘spirit’ she meant the vital fire of her being on this earth, her energy and imagination.

Through the inspired curatorship of Val Boa, Maria first exhibited some of her early work in the McLean Museum and Art Gallery, Greenock, to complement the works of Samuel Lovi, a Nigerian sculptor. An encounter in 1982 with the artist and sculptor, George Wyllie, was a pivotal moment in Maria’s life. George and Daphne Wyllie gave Maria her first one woman show at the Greenock Arts Guild in 1983. George wrote: “Maria is a free spirit. She draws well on her own imagination, her personality and freely expresses herself.” George and Daphne Wyllie remained life long supporters and friends.

Maria continued to exhibit in mixed shows at the Inverclyde Biennial Exhibitions (McLean Museum) and had a second major solo show at the Dundee Repertory Theatre. The latter show was favourably reviewed (Glasgow Herald 1.10.1986) by Sandra McNeilance, an artist and art critic, who observed that Maria’s paintings “frankly interpret life’s dangers and delights in colourful semi-abstract style”, particularly praising a painting called ‘The Runner’. George Wyllie subsequently told Maria that ‘The Runner’ (of which he cherished a photocopy) inspired his Clock with running legs (Buchanan Street, Glasgow). Another formative encounter was with Adele Patrick (founder of The Women’s Library, Glasgow) who supported Maria’s work in various Women in Profile exhibitions, including a notable one at Glasgow School of Art in 1990 during Glasgow’s year of celebrations as European City of Culture. Favourable connections that George Wyllie brokered for Maria during the 1980s and early 1990s, fostered interest in her work by Richard Demarco (Richard Demarco Gallery) and George Melly, Chairman of the Outsiders Gallery (London) and its Director Monica Kinley.

The challenge Maria faced was that she did not want to sell her paintings, regarding them as ‘her children’. Occasionally, she gifted her work. ‘Autumn Gold’ (featuring in this exhibition) was gifted to George Wyllie. Towards the end of her life Maria grew depressed about leaving her paintings behind. She said she regretted she had not found them new ‘homes’. She particularly wanted her paintings to be part of public collections in the Museums and Galleries she enjoyed visiting. In September 2018 an exhibition of selected work was held at The Studio and Gallery Kilbirnie, after her death in 2014.

The exhibition held at the RGI Kelly Gallery, from 13th July to 10th August 2019, featured a special selection of paintings by the artist. Spadoni who said of her work: “In the midst of melancholy and solitude painting began as a release of my being. An unloading of my spirit. Now an endless road leads me in a landscape of changing companions. Children brought to life by a selfless passion, a burning energy driving me to alight the dark womb of mother earth with all my nascent babes one by one into infinity.” Maria wrote volumes of poetry (mainly in Italian) and regarded her paintings as poems beyond language. Her intensive engagement with painting began from 1976 to the mid 1990s, thereafter her focus concentrated on her poetry.